A 50-year-old female presented to us with multiple areas of scarring alopecia related to scalp itching. She was diagnosed as a case of lichen planopilaris (LPP) (Figs 1A to C).

On trichoscopy, there was evidence of peripilar casts around a group of two to three hair follicle units. The trichoscope also revealed loss of follicular openings, cicatricial white patches, and scalp erythema. These features are not only diagnostic of LPP but also indicate that the disease is active.

The patient was treated with oral steroid (mini pulse regimen) and oral hydroxycholoroquin for a period of 3 months. The therapeutic response could be monitored through trichoscopic assessment. On trichoscopic evaluation, the scalp erythema had significantly decreased. There was a reduction in the number of peripilar casts. Since peripilar casts signify disease activity, the trichoscope demonstrated that the disease is now becoming quiescent and that the ongoing treatment was effective.

A 58-year-old female presented with extensive areas of scarring alopecia. Clinically, it was a case of LPP (Figs 2A to C).

Trichoscopy demonstrated classical signs of the disease namely, extensive peripilar casts, blue gray dots and areas, and scalp erythema. The patient was treated with hydroxycholorquin and mini pulse doses of oral steroid for two and a half months. In posttreatment, the trichoscope exhibited therapeutic efficacy of the regimen as there was visible decrement of the peripilar casts and scalp erythema. 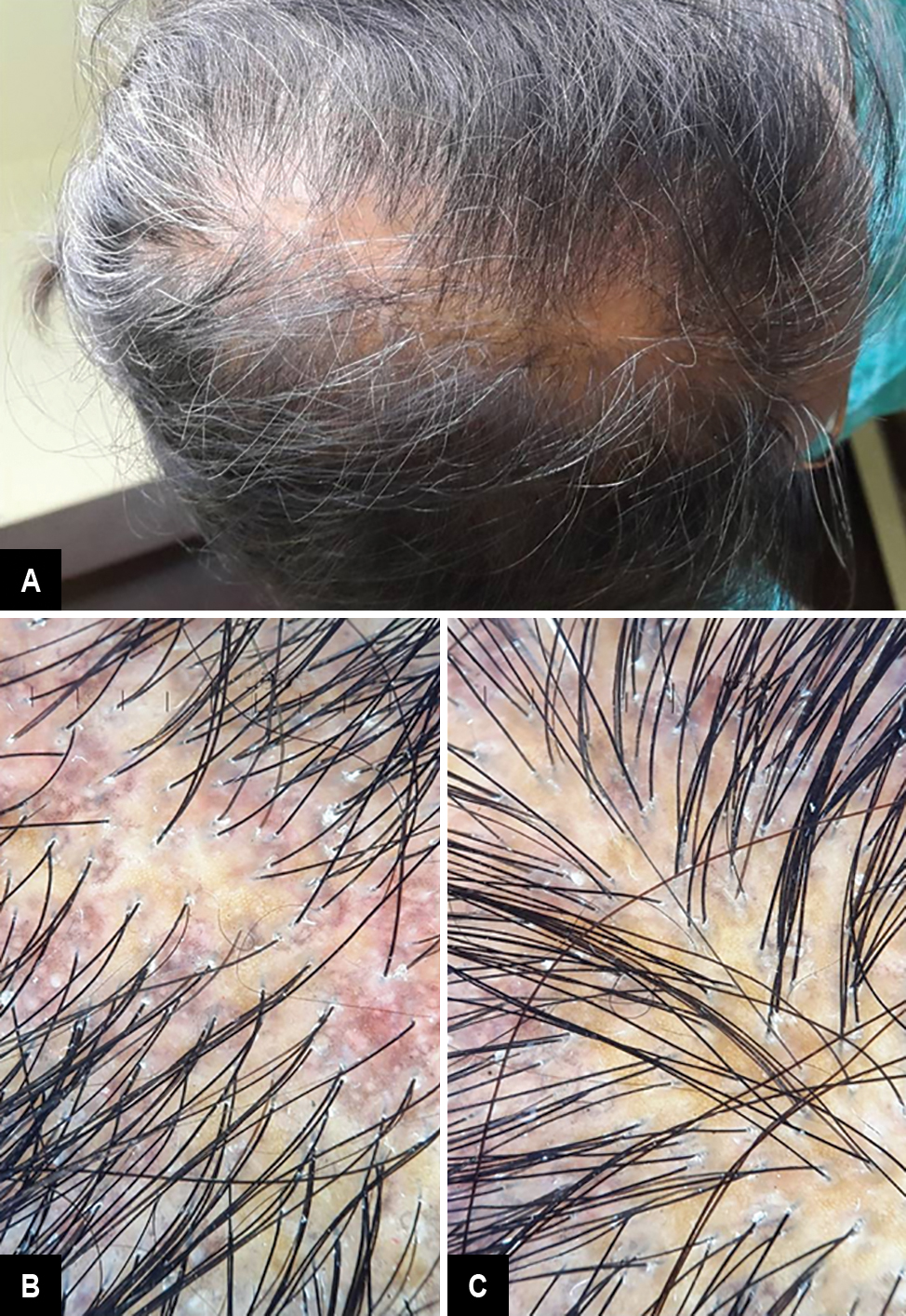 Lichen planopilaris usually a disease of middle-aged women, is the most common cause of cicatricial alopecia where hair loss is associated with scalp itching. Severity of scalp itching, is directly proportional to disease activity.1,2 Clinical presentation of LPP is multiple irregular areas of scarring alopecia associated with scalp itching, perifollicular erythema, and sometimes papules around the emergence of hair shafts. Although the disease is slowly progressive, extensive alopecia is the usual outcome.2 Key trichoscopic features of LPP are absence of follicular openings, absence of vellus hair, fibrotic white patches, blue-gray dots in a target pattern around the hair follicles, scalp erythema, and broken hair.3 Scarring alopecias, such as LPP show disease-specific trichoscopic signs which also can be followed-up for therapy maintenance or reduction in the dosage of drugs. In both the cases, the trichoscope proved to be a useful therapeutic monitor. Thus, trichoscopy is a highly effective tool not only for diagnosis of the disease but also for the monitoring and sequential follow-up of treatment efficacy. 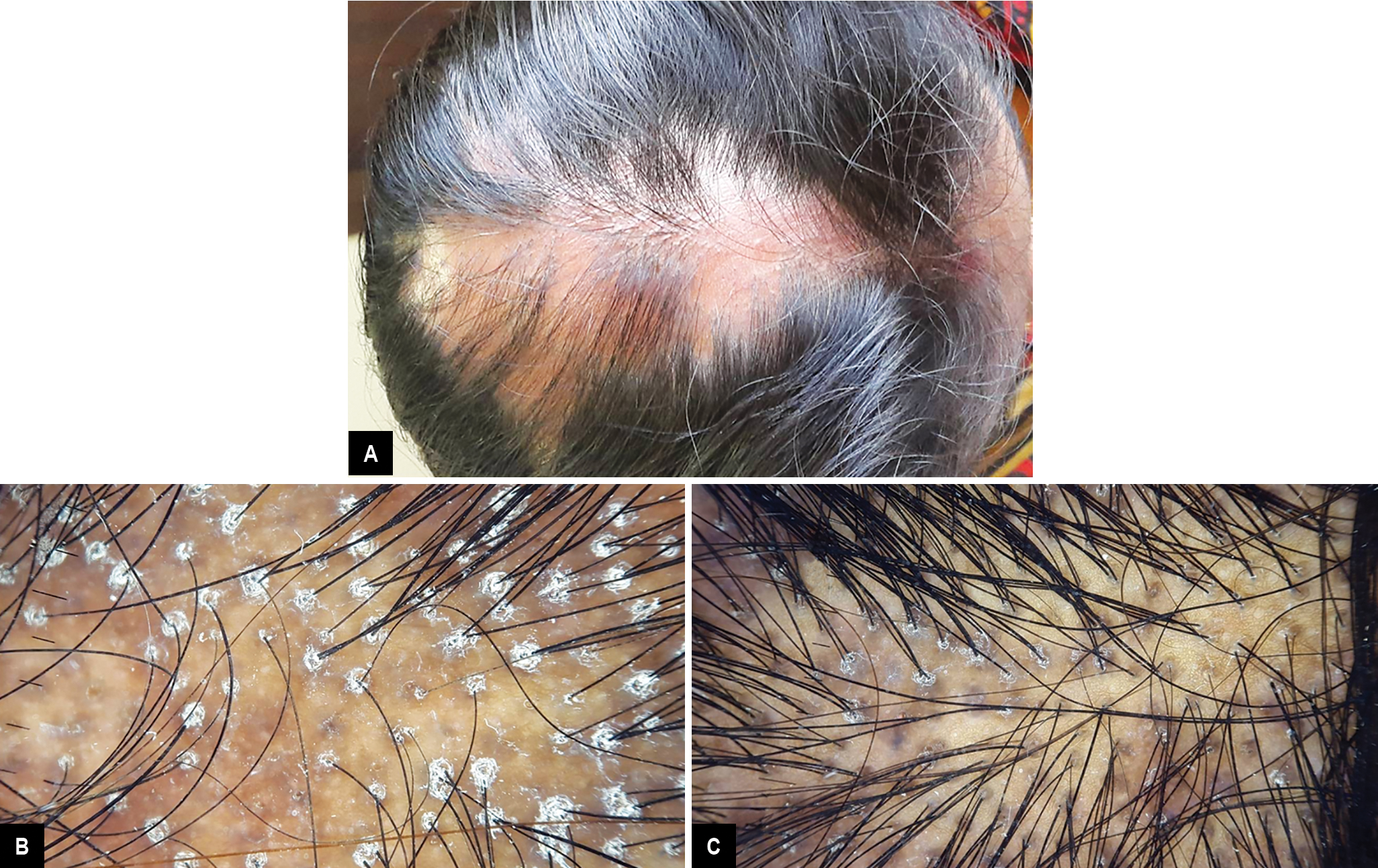